A Brief History of the Modern Toilet

Englishman Mr. Thomas Crapper (1836-1910) is erroneously credited as being the inventor of the modern flushing toilet. The credit for inventing the modern flushing toilet goes to John Harrington, way back in 1596. A crucial advance in toilet technology was the “S” trap, a bent pipe that uses standing water to block sewer gases from entering the bathroom, invented by Scottish mechanic Alexander Cummings in 1775. The modern version of the flushing toilet that we take for granted is not used everywhere. Many people in developing countries just “go” outside, as they do not have indoor plumbing. Asian countries, especially China, use “squatting” toilets in most public restrooms and some homes, essentially a porcelain bowl set in the floor.

Up until 1992, toilets in the US used at least 3.5 gallons of water to flush waste, whether liquid or solid. The US Congress passed the Energy Policy Act of 1992, an energy- and water-saving law that required toilets be restricted to 1.6 gallons per flush. The first wave of toilets shipped after the passage of the act flushed, well, crappy, and plunger and drain snake sales skyrocketed (my conjecture, not necessarily a fact). In Japan, where they had water-saving rules in effect decades before the US, TOTO made toilets that flushed well and only used 1.6 gallons of water. They started flying off the shelves here in the US. There were even black market 3.5-gallon toilets brought across the border from Canada. It took a good year or two for US companies’ flushing performance to catch up but they recovered. Flushing performance has increased, while water saving has improved. There are now 1.3-gallon (and lower) flush “High-Efficiency Toilets (HETs)” that flush as well as or better than their 3.5-gallon ancestors.

TOTO’s Maris, on the other hand, has 0.9-gallon and 1.28-gallon flush modes.  The Maris also has a “full skirt,” which means the smooth sides go all the way down to the floor, making it much easier to clean.

The most common toilet configuration that most of us have always had is the two-piece. The bowl and tank are manufactured separately, then bolted together at the time of installation.

One-piece toilets are manufactured as (you guessed it) one piece. They are much lower-profile than a two-piece, and much more sleek.

Even lower-profile are wall-hung toilets. The tank and a heavy duty frame are installed before any drywall or tile, and the only parts showing are the bowl and an actuator button. And as a bonus, you can clean right under the bowl, as it is suspended above the floor.

Forget Charmin, You Need The Washlet For a Clean Hiney

According to The New York Times article “The Cult of the Toto Toilet,” plumbing fixture store owner Bennett Friedman says of the TOTO Washlet “To sit upon a standard commode would be like ‘going back to the Stone Age.’” According to the article:

For those who own Japanese toilets, there is a cultish devotion. They boast heated seats, a bidet function for a rear cleanse and an air-purifying system that deodorizes during use. The need for toilet paper is virtually eliminated (there is an air dryer) and “you left the lid up” squabbles need never take place (the seat lifts and closes automatically in many models).

Mr. Friedman and many others are hopelessly devoted to the system, which is essentially a deluxe toilet seat that comes installed on some TOTO toilets but is also available as an add-on. It is essentially a traditional bidet combined with a toilet in the same space (which is at a premium in Japan). It requires that an electrical outlet is installed right next to the toilet. But other than that, there are no other special considerations. Many high-end plumbing fixture showrooms have functional units in the restrooms. I highly recommend you seek one out!

Have you tried a Washlet or similar product? What are your toilet challenges? Let me know in the comments below.

In 1997, I was introduced to a kitchen design software package called 20-20. That started a long love affair with kitchen and bath design, and today, as a recognized expert in the software, I provide freelance design and coaching services using 2020. 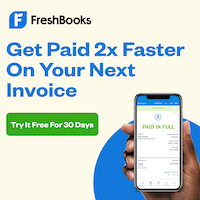